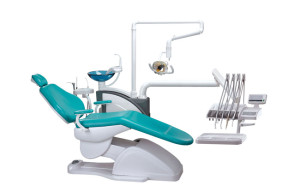 There’s little doubt that, recently, I’ve been feeling unusually glum and tetchy.
I’m assuming that occasional bouts of moroseness are normal. They certainly go with the territory of being a travelling opera singer, as a conversation with any singer I’ve ever known will attest. There’s nothing like being stuck in dreary digs for a few days, singing something you don’t like singing, to find yourself contemplating the big questions like “what’s it all about?” and “what am I going to watch once I’ve finished House of Cards?” Usually something will cheer you up. Often it’s a pay cheque that does the trick. Or an offer of something you DO want to sing.
But after a few decades in the business, there are bigger gaps between pay cheques and the phone stops ringing so often. You tell yourself you don’t mind because you don’t want to spend yet another ten to fifteen years living out of a suitcase. Yet, that thing in you – call it your creative streak – struggles to come to terms with the idea that in all probability, your best achievements have already happened and it’s only going to get worse from here.
I was at the dentist yesterday, and this is not entirely irrelevant. And no, I don’t have toothache. I only go once a year or so because I’m lucky to have very strong teeth. I’ve no fillings and no signs of decay. So every time I go, it’s the same. The dentist has a poke around, tells me how lucky I am and then shoos me off to a hygienist, who does a quick polish and lectures me on the importance of daily flossing. It all takes half an hour, and for this I cough up £125. For the same money I could buy eleven lobster dinners at the Milwaukee Public Market and my teeth would probably be none the worse off.
Given that dental floss was something I didn’t encounter until well into my twenties – certainly no childhood dentist ever mentioned it – it’s a habit I have always struggled to get into. Bar the odd encounter with a chunk of spinach, pork or lobster getting stuck between some molars, I don’t see myself ever making a regular thing of flossing. I certainly will never take the advice of one hygienist a few years ago who advocated copying her evening routine and “flossing every night while you read the newspaper.” I thought this massively presumptuous of her, to suggest what I should get up to in the evenings, let alone mimic her rather dull-sounding life. So much so that I decided to switch dentists straight away. Which I did.
Not that it made much difference. All dental practices seem to much the same. There’s the dentist herself, barking out an incomprehensible succession of numbers – “one, one, one, two, one, two, two, three, one” – and always seeming affluent and content, smug even, with her lot: a nice house, nice kids, nice car and two nice holidays abroad a year. And the hygienist, beavering away with the the hydro wand thingy while BBC Radio Two (a station of easy listening pop, for my foerign friends) chunters away in the background. I imagine the hygienist’s Ford Fiesta is parked outside and she pops into Sainsbury’s after work and buys a nice non-staining chardonnay to accompany the Thai prawn ready meal she enjoys every Wednesday, week in, week out.
And this is why I bring up the dentist at all, or more particularly the hygienist. I dread going to the dentist, not because I live in fear of the drill. I dread going because the orderliness of their lives makes me feel – to put it bluntly – fucking weird. I often long to be unburdened by the pressures of “a life in the arts” and all its accompanying nueroses while simultaneously being repelled by the vapid, dreary awfulness of a life outside the arts. I want the comfy routine of going to work in a nice dental practice while knowing that I would be driven screaming mad by it. Let’s face it, just a day of BBC Radio Two would have me climbing the walls.
It’s a problem, but I suspect it’s been around a while. There’s an exhibition of portraits of notable Russians at the National Portrait Gallery right now. Well worth a look. It includes the famous portrait of Mussorgsky, painted a few days before he died of alcohol poisoning. Tchaikovsky, Tolstoy, Dostoyevsky and Chekov are there too, all of them struggling with their own demons, their highs and their lows. All of them, no doubt, also chewing over the existential crisis of an artist’s place in the world, the human struggle, the problem of the human condition. I didn’t notice any dental hygienists on display in the exhibition, but whether or not dental hygienists fret over the catalogue of their achievements or the human condition, I really couldn’t say. Perhaps my hygienist doesn’t sigh about a build-up of plaque but over the absurdity of life itself and man’s eternal quest for meaning. Or she’s remembering fondly a day last year when she treated a tricky and challenging gum infection which resulted in the saving of an incisor. I don’t know.
If the modern age has changed anything, it is that we all have the means to brag about our achievements all the bloody time, publicly and to our social media “friends”. So of course we do, subtly or blatantly, in the vain hope it will make us feel better. But we don’t feel better. We just raise the level of noise. And it’s all getting a bit like BBC Radio Two. What I don’t need right now is for someone to tell me how I should be spending my evenings.