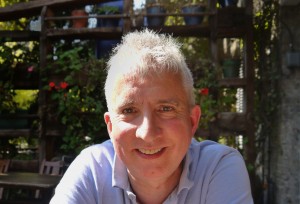 The first time I met Gerard McBurney was in Chicago. He bought me lunch at a smart restaurant which doubles as the upscale staff canteen for the Symphony Center. I ordered pizza and when it arrived my plate was put on top of a sort of round scaffold, elevating the food to the level of my chin. While this made it easier to shovel pizza into my mouth without strands of mozzarella cascading all over my shirt I couldn’t help thinking that, like most things you find in a SkyMall magazine (“a bathroom tissue holder that charges your iPhone…with speakers!”), it was designed to solve something that hitherto I didn’t really think of as a problem. But then again, I didn’t think audiences were much of a problem either.
“Audience development” – I use inverted commas only because I don’t like the phrase. It smacks of jargon. But let me get over it and use it wherever I mean any enterprise that is designed to inform and enlighten current and potential audiences… Audience development is big these days. Nowhere more so than at the Chicago Symphony Orchestra where for nearly ten years Gerard McBurney has devised, written and directed Beyond The Score. This is no half-hearted affair, no boring pre-performance talk with two people mumbling their way through an indecipherable discussion on Webern. Beyond The Score is a full evening’s entertainment involving the entire orchestra and conductors of the highest calibre. It uses actors, singers and a full bag of technical wizardry. I’ve seen McBurney’s production illuminating Berlioz’s Symphonie Fantastique and it’s enthralling and brilliant. It’s no wonder that Beyond The Score is now being leased out to other orchestras around the world. If you haven’t heard of it already, there’s no doubt that you will, and very soon.
I caught up with McBurney again in London at the beginning of September. He was at the Old Vic working on a hush-hush project with his younger brother Simon, the actor, director and founder of Complicité. They’re bright, those McBurney boys. It was my turn to take Gerard out to lunch between rehearsal sessions. No pizza this time. Turkish.

I wanted to know how it started. Unfettered, I presume, with Arts Council-style directives and without state-funded financial incentives for education and outreach, what was it that spurred the CSO on to initiate the project? (Gerard is a kind of monologue train, perched at the top of a steep hill. All I had to do was stick some hummus in him, ask him a question, and he was off.)