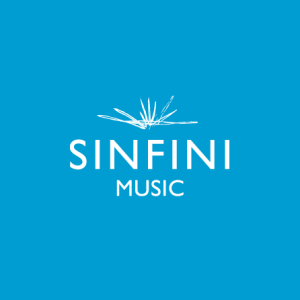 By the time I’ve posted this the plug will have probably and literally been pulled on Sinfini, the classical music website which has employed me as a blogger for the last three years or so. The money has run out. It wasn’t all spent on me, I promise.
Sinfini was set up by a high-flying executive at Universal Music. He had been transferred to lead the Classical division and, with his background in Rock and Pop, felt uneducated in his new field. So he paid somebody to teach him all about classical music and, I’m told, became a total convert. Fired up with evangelical zeal, he decided that the best way to improve Classical sales was to provide the same learning experience that he had just undergone to the general public. So, he persuaded Universal to put up a shedload of cash and put together a team to run a magazine website, aimed primarily at people interested in exploring classical music but with little experience of it. Crucially, it was stipulated that Universal must give Sinfini complete independence; it wasn’t to be a site which merely flogged their catalogue.
After some success with my Saddo Abroad blog, I was asked if I’d like to give an insider’s view on the music profession for the new site. I said I thought it was a terrible name, but yes, of course I would, especially as they were going to pay me too. I also made my feelings clear when it was mentioned that Norman Lebrecht had been hired to write for the new site, but a fat lot of use that was.
At first I wrote on an ad-hoc basis and the brief was for about 300 words. The blog was called Inside Out. A topic would arise on which they thought I could be funny or they’d ask me if there was something that tickled my interest. The occasional light feature or interview was put my way. After about 18 months the blog became a fortnightly commitment and I was usually penning 800 words or so. (The received wisdom is that, for online reading, anything over 1000 words exhausts a reader’s patience.) The regular income was handy too – much more profitable than writing books.
On a Monday I’d start to float ideas for a topic, or I’d ask if there was something that was piquing the editor’s interest, and by Wednesday I’d submit my piece. Sometimes I’d be asked for some tweaking. The tail end of the week was for subbing and for the graphic designer to add some pictures, and on the next Monday the piece would go up, leaving me a whole week free before I had to restart the process.
Mondays developed a pattern: either I’d be fretting over what to write about, or fretting that the blog which was about to be posted was no good, not funny, offensive, already out-of-date… Almost invariably, the blogs that I thought were run-of-the-mill seemed to attract the most attention, and the ones I thought were exciting didn’t arouse much interest. In that respect, writing is very much like performing. I also learned that, if I had to, I could knock out a piece on pretty-well anything. I guess I’d drifted from cheerful amateurism to being semi-professional; a hack, even.
My editors egged me on to be controversial, edgy. I worried about becoming a ranter, but while some topics will set me off, my general inclination is towards curious whimsy. Sometimes we clashed about that, and whether or not I was being too insider-y, talking over the heads of novice music fans. It was tricky to write for those fans without sounding patronising or preachy, and sometimes (especially when it came to subjects like child “opera-singers”) I really didn’t give a shit what those people thought. How could I when they were just plain wrong?
The strangest aspect of the last three years has been to meet people in the music business who know me principally as a scribbling loudmouth, rather than as a singing one. Fair enough, I suppose, since I haven’t been singing in Britain very much recently, but an odd sensation nonetheless. I’m even invited to functions in my capacity as a writer rather than as a singer. In fact, I’m more likely to be invited to an industry function as pseudo-journalist than I am as a musician, and after 35-odd years of professional singing I find this more than a little depressing. A year ago, a writer I’d never met even asked me if I thought Sinfini might be interested in hiring him, as if I might have some say in the matter.
The last time I wrote for Sinfini was in December and the break from fortnightly fretting has been welcome while I focused on directing an opera. I still write a short piece for the German magazine Opernwelt every month – lucky German speakers! – but that’s aimed at opera professionals rather than the listening public. Currently, I have no plans to write for any English publications apart from this, my own blog, Saddo Abroad. I should probably think about returning to a fortnightly schedule, just to keep my hand in.

But, as we are just shy of 1000 words, I’ll stop here before you lose your patience.

By the way, I’ve taken the precaution of saving all the content I wrote for Sinfini, about 50,000 words I reckon, on this website. What used to be links to Sinfini are now links to PDFs of the original content (copyright: Universal Music…)